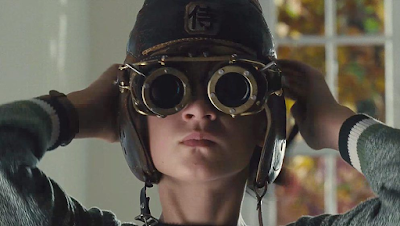 Colin Trevorrow became a big name director almost overnight after Jurassic World’s first weekend set huge brand new records on a worldwide level. After the film became a huge success a lot of backlash came out from fans about some ridiculous mistakes in the film. Still it looked like Colin Trevorrow had potential to become the next JJ Abrams. Spielberg had taken him under his wing with Jurassic World and super producer Frank Marshall seemed to be in his corner as well. So it didn’t really come as an surprise when Marshall’s wife Kathleen Kennedy tapped Trevorrow for directors duty for Episode IX.

When The Book of Henry came out and received some pretty brutal reviews Star Wars fans started to get concerned about what could happen with Episode IX. Many were unsure about the director in the first place and this was just salt in the wound. I’m sure that this film was a contributing factor to Trevorrow’s firing from the project. I think that’s enough backstory now I’ll explain why this movie is easily one of the most brutal films of 2017.

The Book of Henry is about a small family of three. Naomi Watts plays a single mom with two young boys Jaeden Lieberher (Bill from IT) and Jacob Tremblay (the little kid from Room). Henry (Lieberher) is gifted in a way that is never really explained but his basically a boy genius that is so smart he’s almost more Naomi Watts father than she is his mother if that makes any sense. Henry invests in the stock market making his mother fairly wealthy and its gotten to the point where his mom doesn’t make any decisions without consulting him first. Normally in most film a “gifted” child can’t be so smart without compromising another area of his personality but Henry appears to have a decent social life and appears to be well liked by people.

Henry becomes suspicious that their next door neighbor, a girl in his class, may be getting assaulted by her stepfather (Dean Norris, Hank from Breaking Bad) and his becomes dedicated to proving that the stepfather is guilty, but doesn’t have any luck do to the fact that the man is a cop. Then he tries to get his mom to help him.

I can’t really go into the plot any further without spoiling this movie, and for as bad as it is I think it should still be seen just because its so ridiculously bad that it becomes fascinating. I’ve never seen a film that has crashed and burned quite like this one did. It starts out fairly solid with the family dynamic providing some pretty cute moments. Watts has a relationship with the kids that is a little different and it almost feels like she is an older sister and not their mom and the two brothers have a bond that make for some fun moments. The first half hour or so is actually pretty charming but halfway through the movie something fairly unexpected happens and it sets the story on a completely different track than I expected. This movie that originally felt like a soft family movie suddenly turns a crime story about a single mom who basically wants to kill their neighbor with help from her teenage son.

For a wild as this film gets the cast is actually quite good Naomi Watts is one of those actresses that it is always pretty solid. The two kids are probably the highlight. The film insists on telling us that Dean Norris’ character is such a prick but so little is done to make the audience see that he’s really that bad of a person and his daughter is so silent and undeveloped that we don’t even get an opportunity to feel bad for her.

The movie gets worse and worse as it goes along and it basically ends in the most convenient way possible, but the film gets so bad that its fascinating. Even though its possibly the worst movie I’ve watched this year I could talk about it for hours. Trevorrow is trying to tell a fairly original story but when you watch it unfold it so ridiculous that it almost becomes laughable which is kind of inappropriate considering the seriousness of the subject matter. You’re obviously not missing out on anything if you do skip this one but if it lands on Netflix I think it could be worth your time because it gets so unbelievable. I think Colin Trevorrow is going to have a hard time bouncing back after this one. I can’t see anyone giving him a big budget now.

The Book of Henry gets a 15 out of 100
Labels: crime dean norris drama Jacob tremblay jaeden lieberher naomi watts