From a Certain Point of View: Novel Review 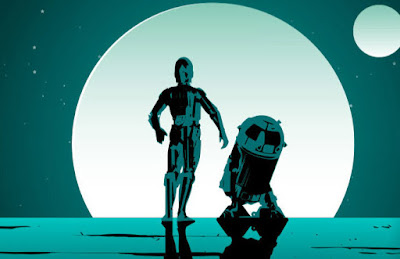 I was very interested in the idea behind From a Certain Point of View as far back as when it was announced. At the time, short story collections were hard to come by in the new canon. Now we have Legends of Luke Skywalker which is essentially a collection of short stories. Plus, we have the Canto Bight short stories on the way just before the release of The Last Jedi.

The premise of a From a Certain Point of View is simple. To celebrate the 40th anniversary of Star Wars 40 authors have composed 40 stories that serve as a companion to the original movie by explaining some of the plot holes that have plagued the story while also introducing some characters that were just a passing face in the film without any depth. Some of these authors are more established with Lucasfilm like Claudia Gray, Ken Lieu, Christie Golden, Pablo Hidalgo and Beth Revis and others are completely new to Star Wars fiction like Star Trek actor Will Wheaton, creator of Batman: The Animated Series Paul Dini and the voice of Ahsoka Tano Ashley Eckstein. Lot of the Star Wars comic writers got their own story too.

This collection of stories is a fun read for any really loyal Star Wars fan. Obviously you probably need to see A New Hope a handful of times before you ever consider reading this book. It tells some short stories mostly from the perspective of background and secondary characters in the book. If you're looking for some stories from Luke, Leia, Han and Vader's point of view you probably aren't going to be happy. Its more about how the stories of the main characters have effected those people in the background. It adds some meat to some characters that may have never had much whether, its Greedo, or the Cantina band. The stories are arranged to run alongside in the film in chronological order. There are several points where it does circle back a bit in order to tell another perspective. The cantina scene and the attack on the Death Star are told several times over but with most stories I was interested enough in the characters to allow it.

Obviously, like every collection (especially one with 40 stories) you are going to get good stories and bad stories. I enjoy most, but every now and then I hit a story that was a little hard to get through. In a lot of circumstances these stories were the longest ones. I will appreciate this book for making me care about some characters that may not even have a speaking part in the film. I haven't watched A New Hope since I read the book but I'm sure it will change my outlook on the story with all this extra information.

I can imagine that this book was probably a complete nightmare for Pablo Hidalgo who would've had to make sure that nothing in the book was conflicting with anything in the movie or if any stories were contradicting the others. Its ambitious, and its an experiment that certainly worked overall. I'll be interested to see if another movies get the similar treatment now when they hit their 40th anniversary.