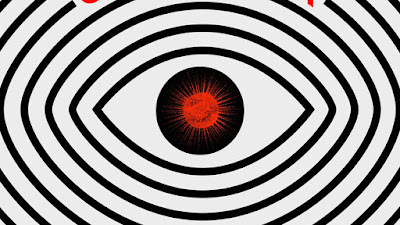 The Oracle Year is the debut novel of veteran comic book writer Charles Soule. I've been following Soule's work with Marvel for a few years now and he is the man responsible for two of the best ongoing Star Wars series right now, the Darth Vader series and the Poe Dameron series. They are the first comic I read each week. He's also currently writing for X-Men and Daredevil.

The Oracle Year gets off to a very quick start. The main character of the book is Will Dando, a bassist who woke one day with 108 predictions about the future. Eventually the predictions that came to him in his dream begin to come true. With help from his friend Hamza Will starts a site that he can use as a platform to release his predictions while also keeping himself anonymous using the name The Oracle. Will's site quickly generates attention. All this really happens before the book even starts. The Oracle and the site has already been established and taken the world by storm, but the mystery surrounding the Oracle still remains.

The world seems unsure about how to react to the Oracle. Some view him as a God, and some view him as the devil. Will and Hamza begin to work with some corporations looking to profit off of Will's predictions. While the president and a popular televangelist hope to be able to reveal the Oracle's identity and bring back some faith to their cause after The Oracle acquires all this power seemingly overnight. The president gets help from a mysterious old woman who goes by the name "the Coach" who has a reputation for getting the job done regardless of how hard the task may seem. Will hardly seems to know any more about his abilities than anyone else does and find himself questioning why he was given this blessing and curse. The source of the predictions and the reason Will was chosen to be the messenger does remain unclear for the whole book. It could be a plot point for a potential sequel. The book has a fairly closed ending, but the sequel potential is still undoubtedly there.

I would say that this book starts a bit roughly because it just dives into the deep end right off the bat. We don't really get a glimpse of what Will was like before he became the Oracle. In the end I think the decision pays off because this is a very addicting read from start to finish. Every time I sat down to read I'd end up reading much longer than I planned.

I would say that there are a reasonably large amount of characters in this book and whenever the chapter changes the perspective is changed as well. Some characters don't get a lot of time to shine, but I still really loved them. I felt that there was a lot of originality on the supporting characters. In some ways the villains of the book could be more interesting than the heroes, which isn't really a bad thing. This book tends to take place in a pretty gray area. I found that I considered the Coach to be a villain despite her working for the President. However, Will and Hamza do some fairly questionable and greedy things over the course of the book too. Sometimes I didn't really know what side I was on.

Another of my favorite characters was Hosiah Branson, who swears revenge on The Oracle when he is attached to one of his predictions. Branson is corrupt and it appears that the power that comes with his following has maybe driven him crazy at some point in his life. He is the opposite of Will in some ways. His following has made him selfish.

There were a few characters that I would've liked a little more from. There was a reporter named Leigh that becomes a key part of the story towards the end that didn't get enough development. I was glad that Soule didn't try to force a romance between her and Will. I really enjoyed Will as a character though and that was what really mattered. Will has made his money and it gets to the point where he knows the world is on the line and he is the only person with the power to save it. In a world where superhero movies are king this feels like a bit of a hero story, but with a bit of a different outer shell. Soule's writing proves that it is much harder to be a hero than you may think when there is so much temptation to be selfish. He also has a lot of say about religion. Sometimes you may have to abandon your cause in order to do the right thing.

I think Charles Soule's first novel is a veteran work. If he does decide to revisit this story I would be completely happy to see him do so. I'll definitely be interested in anything he releases in novel form. This guy has balanced a lot of writing over the years and he's been able to keep a high quality through it all. If you happen to be a fan of Soule through his Marvel work I think The Oracle Year will prove to be worth the gamble.