Weekly Roundup: Seven Pounds, Happy Anniversary and Spies Like Us

Here is another quick little summary of some movies I've seen over the past few days that I didn't want to devote a full article to. 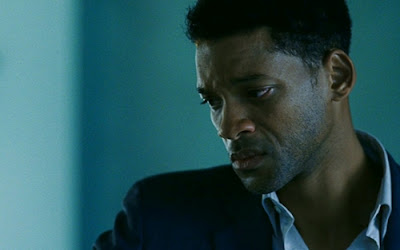 Seven Pounds (2008): Gabriele Muccino: Every now and then Will Smith decides that he'd like to win and Oscar. The Pursuit of Happyness is pretty much the only time where he really offered a performance that I thought was worthy of one. We've gotten stuff like Ali (which he was also nominated for), Concussion and the dumpster fire that was Collateral Beauty over the last 20 years. Seven Pounds is another Oscar bait movie with Smith at the front. It's completely watchable and is fairly accessible with several cable channels playing it and several streaming services too.

The film has good intentions but a lot of stupid decisions keep it from being truly memorable. The film shows its cards very early and then I had the whole ending figured out by halfway through. The plot is a little wild to begin with just because my cynicism kept me from feeling like another human being could be as selfless as Smith's character. I felt that Rosario Dawson actually outplays Smith. If anyone in the film was award worthy it was her. This is one of those films that the general audience seems to love but critics disliked. I find myself somewhere in the middle on this.

Recommendation: Worth it on cable or Netflix, not an essential watch though. 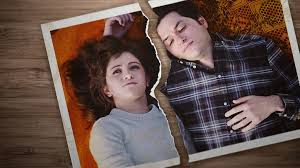 Happy Anniversary (2018): Jared Stern: The directing debut of the screenwriter of both The LEGO Batman Movie and The LEGO Ninjago Movie. This is another Netflix original that will probably be swept under the rug by this time next week. It was released with little to no promotion at all. While its not really anything special it does make some honest insights about relationships.

I've seen very little of Ben Schwartz outside of his intentionally annoying recurring character Jean Ralphio from Parks and Recreation. He proves to be quite capable here and he and his co-star Noel Wells are able to overcome a script that is way too wordy at first and actually become quite compelling. At first the characters almost feel annoying but eventually they settle in. It clocks in at less than 80 minutes as well. This is a completely fine watchable movie that you can take or leave. It probably won't be memorable. In the hands of a more experienced director it could've been more special.

Recommendation: A rom com fan can probably find something to enjoy in this, but its not particularly memorable. 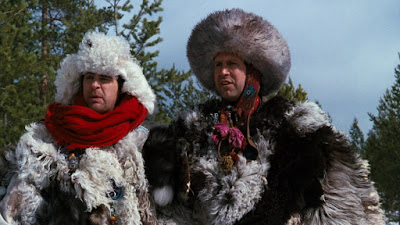 Spies Like Us (1985): John Landis: Comedy Central has a free preview going on right now and they tend to marathon a certain type of comedy each weekend. Last weekend it was the 80s. So I caught a little bit of Stripes (which I've already seen and loved) and then the John Landis comedy Spies Like Us followed.

To me there is very little plot in this movie. It just gives Chevy Chase and Dan Aykroyd a reason to goof off in some different situations. Its consistently funny and enjoyable. Over the past little while I've decided to explore Chevy Chase since he is one of the comedic actors who I have seen very little of despite his involvement in a lot of popular films. It seems like a bit of a parody of the Cold War films in the era without focusing on any specific movie. It takes its own direction and its funny but probably won't offend anyone much either.

Recommendation: Great cable watch you should see at least once.