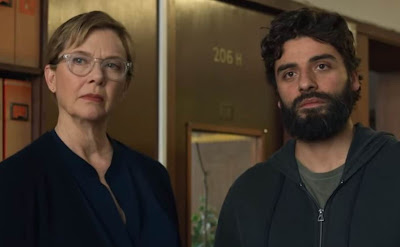 Dan Fogelman has established himself fairly quickly as a man whose work I'm immediately interested in. His debut movie Danny Collins was a familiar story, but still a movie that was very easy to love. Then of course he got into everyone's hearts with two seasons of This is Us. I watched a quick one minute teaser for Life Itself a few months ago and I avoided all the other trailers to keep myself from seeing any spoilers. It turned out that the film wasn't really worth seeing anyway and its become the most disappointing movies of the year for me.

Fogelman definitely draws some influence from his own work with this movie. Its got a very similar feel to the pilot for This is Us, only its got an R rating and Fogelman has a lot more leash to allow characters to swear and it gets a lot more darker than This is Us ever attempted.

Life Itself takes place over at least a couple of decades and its really tough to give a plot synopsis on a film like this because it seems like every little plot point is a spoiler. Its a film with a lot of tragedy, and it doesn't really give the happy ending you expect. Maybe because the audience gets so lost along the way.

The film is told in 5 chapters and gets off to an absolutely terrible start, with a cameo that is basically just there for the fun of it. It just gives the film a false start and it hardly matters. Oscar Isaac hangs out with his therapist Annette Benning. Oscar Isaac is sad, for reasons that I will not spoil, but you'll likely figure out why quite early in the film. Then another piece of the puzzle belongs to Oscar Isaac's daughter played by Olivia Cooke. Isaac probably gives the best performance in the film, but his part of the story is easily the weakest. Its overdramatic and a lot of it doesn't even end up being necessary.

The film would've made a lot more sense if it was told more as a 2 part story. The second half of the story is almost entirely in Spanish with subtitles, but its a far easier story to understand because it takes more of a linear direction. Still, a lot of the damage was already done.

Life Itself's massive disappointing opening weekend will probably be enough to get this swept under the rug pretty quickly and I'll probably be able to forget it fairly quickly since This is Us season 3 debuts tonight. Now we know that Dan Fogelman is better suited for the TV medium.