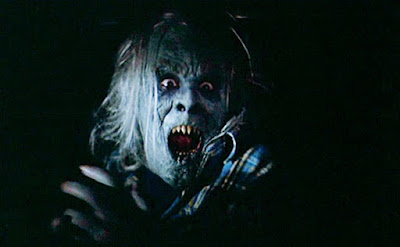 Rod Serling's The Twilight Zone is one of the most influential TV shows of all time. Its influence is still apparent in TV today. The show's been remade several times including a new reboot from Jordan Peele that is just a few weeks away. In order to be prepare for the release of the reboot I decided it was finally time to buckle down and watch the complete original series. I'm down to under 10 episodes now. There are still many episodes that hold up as masterpieces all these years later. Although there are also many episodes that haven't aged that well either.

So, now that I've watched most of the show I figured it was time to visit the film adaptation of the series Twilight Zone: The Movie released in 1983. In an effort to keep the style of the show the film is an anthology with 4 different segments directed by 4 different directors. One of the stories is original and the other 3 were adaptations of the episodes of the original series.

Since Rod Serling passed away in 1975 he was unfortunately unable to have any sort of involvement in the film. A large portion of the series was written by him. He also narrated the episodes, but in a smart move Serling was replaced by Burgess Meredith for the film. Meredith appeared in 4 episodes of the series (and in my opinion 4 of the best ones). Serling's presence still looms over the film with his old voice over intro remaining at the end of the film. 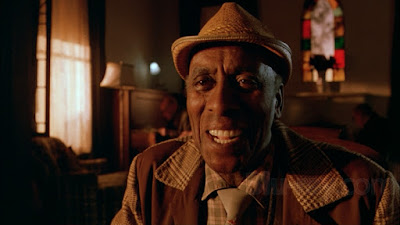 The prologue and first segment of the film was directed by John Landis. Time Out is the only story that wasn't based on a previously existing episode. Unfortunately, this segment (and the film overall) will forever live in infamy because of the helicopter accident that occurred while the segment was in production. Vic Morrow and two young children who were hired under the table to avoid child labor laws were killed when a helicopter landed on top of them during filming. The aftermath of the event resulted in everyone involved in the tragedy (including Landis) getting acquitted in 1987. The accident effected the segment, which was intended to have a different ending where the character was redeemed. The piece has a good message, but it feels like the shortest story in the film (whether it is or not) and one can't help but wonder how this story would be looked at if it was told the way it was supposed to me. In my opinion it was the weakest piece of the story. Although Landis directed the opening prologue that featured Albert Brooks and Dan Akroyd that I did enjoy.

The second segment was based on the episode Kick the Can and it was directed by Steven Spielberg. Spielberg actually was given his start by Rod Serling as he directed the first episode of his Twilight Zone follow-up series Night Gallery. Kick the Can features Scatman Crothers as an older man, who helps some fellow seniors in a old folks home rediscover their youth. It seems like the type of story that would be well suited for Spielberg, but it actually feels rushed. It still has some heart. However, looking back its odd to think that the film's two producers Landis and Spielberg were responsible for the two weakest stories in the film. I would argue that Spielberg's segment is somewhat outdone by a similar full length feature released just a couple of years later with Ron Howard's Cocoon. 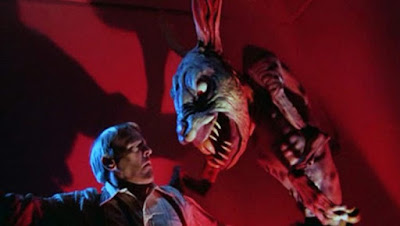 The following two stories are what elevate the film. Joe Dante directs an adaptation of one of the strongest episodes in the series Its a Good Life. Dante appeared to be a big fan of The Twilight Zone and its his short where the little Easter eggs and callbacks to the original series are more apparent. Even, Richard Matheson, who wrote the original episode got a chance to come back and write the story again. In the story, a young woman meets a child who is able to make his own wishes come true, no matter how dark. All the people who surround him are remarkably supportive because they're scared of being tortured by the child's violent wishes. Its the most unhinged of the film, but probably the segment that I enjoyed the most. It also differentiates itself enough from the story told in the original series. Anthony (the child who is causing all this trouble) is a little less of a brat and more empathetic this time around. Dante was able to make an impact in the film before his huge success with Gremlins.

The final story comes from Mad Max director George Miller and he adapted possibly the most popular Twilight Zone episode, Nightmare at 20,000 Feet. Apparently William Shatner was considered to reprise his role from the original episode, but instead it was played by a very sweaty John Lithgow. This version is a fairly loyal adaptation to the original episode, where a man with a fear of flying starts to get paranoid about potentially seeing a creature attempting to destroy the plane. Miller's direction and Lithgow's wild performance really make this sequence memorable. Its really able to capture the claustrophobia of the plane and the monster leaves you on edge even though it remains sheltered from view through most of the short. The reveal of the monster that mirrors the original show is very well done too. 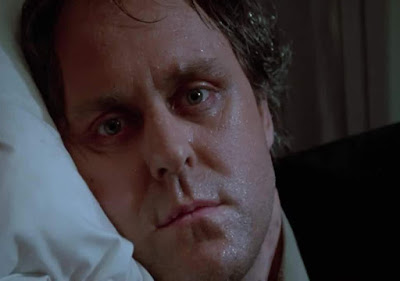 In the end I'm not really sure that any of the 3 sequences in the film rival their original version. Like most horror anthologies, there is a lot of inconsistency among the stories. I still think it was a worthwhile experiment when all is said and done, but I would check out the original episodes of The Twilight Zone before diving too deep into these remakes. The film will probably always be remembered for the tragedy and the not its actually content, but it must have been doing something right because several anthology series started to hit TV after this hit theaters, including a remake of The Twilight Zone.